Skip to content
FOREIGN NEWS INSPIRATION LONG READ NEWS
What are the lessons from the thousands of ads Sorin Patilinet has researched for brands like Whiskas, Orbit, Snickers and M&M'S? Take a look at the neuroscience findings that suggest what to look out for when creating ads and how to make them effective.

Communication Summit's keynote speaker was Sorin Patilinet, Global Marketing Insights Director at Mars Wrigley. A hundred-year-old company with an extensive potfolio of FMCG products that people around the world know from store shelves. Patilinet's job is to help make campaigns for brands like Whiskas, Orbit, Snickers and M&M'S effective. In doing so, it relies on insights from neuroscience. He then presented findings based on an examination of 4,000 campaigns to the conference audience.


The holy trinity of successful campaigns

"Forget about building suspense for long, advertising is not a movie," Patilinet pointed out. Instead, according to him, the most important thing is to grab attention in the first seconds and preferably immediately. By appealing to emotions right from the start.

Through the footage of the spot, it must be apparent what brand is speaking to the audience. That is, its "distinctive assets" should be recognisable. If you prefer Mark Ritson's terminology, let's talk about "brand codes". These are what build memory in connection with the brand.

However, the so-called 'brand assets' should also be present at the point of sale itself. At a decisive moment, the customer should be able to associate that what he knows from the advertisement is within his reach at the very moment when he is hungry, needs to freshen his breath or has just remembered that the cat will want to eat and may no longer have food at home.

This recipe needs to be kept consistent and repeated. That's why we'll put the repetition in a more concise form and then with the help of an infographic:


It is clear from the above that Patilinet is a disciple of the teachings of Byron Sharp. And like him, he says that customer loyalty does not exist. Or at least Mars Wrigley doesn't believe in it. Rather, they recognize that the customer chooses from a repertoire of options the moment a purchasing decision is put in front of them. But don't take it as something necessarily rational. "Over 90% of our actions and decisions are subconscious," Patilinet said.

And that's why Mars Wrigley is so fond of neuromarketing, using its methods to research and refine its campaigns. While they are aware of the principles outlined above, that doesn't mean they don't make mistakes and need a science-based corrective now and then. The following is a list of examples to illustrate the main findings. 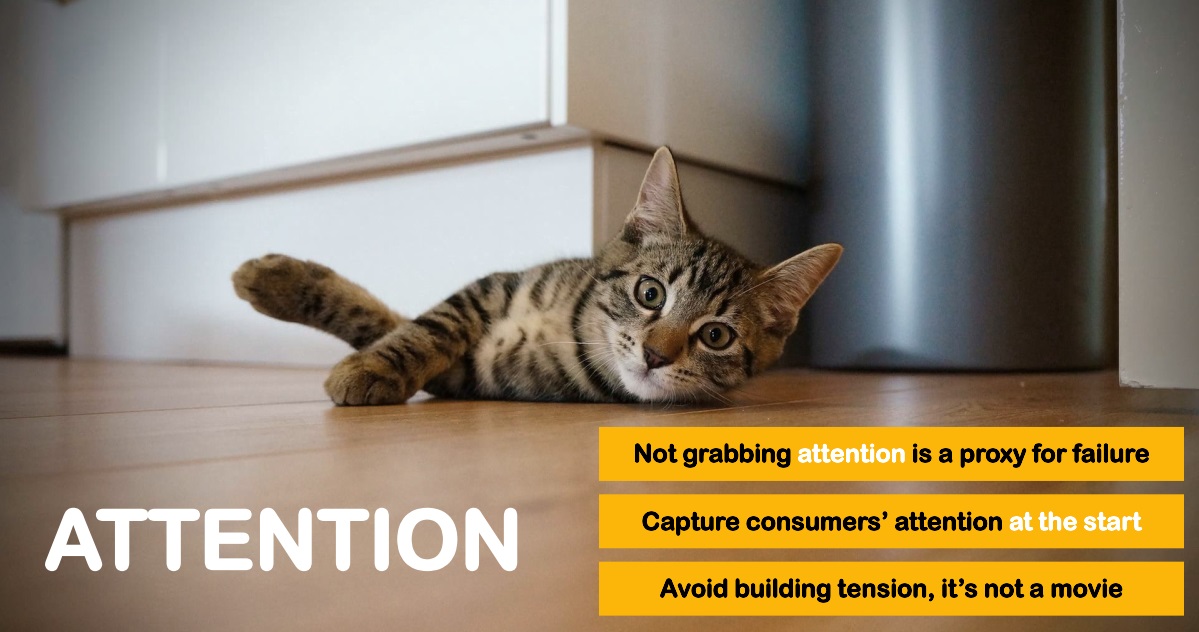 The above thesis about the futility of gradually building up tension is verified not only with neuromarketing research, but also with an evaluation of the impact of ads on sales. Below you can see a graph where 4 M&M'S ads are represented. The vertical axis shows the attention capture rate and the horizontal axis shows 30 seconds of a classic TV spot. 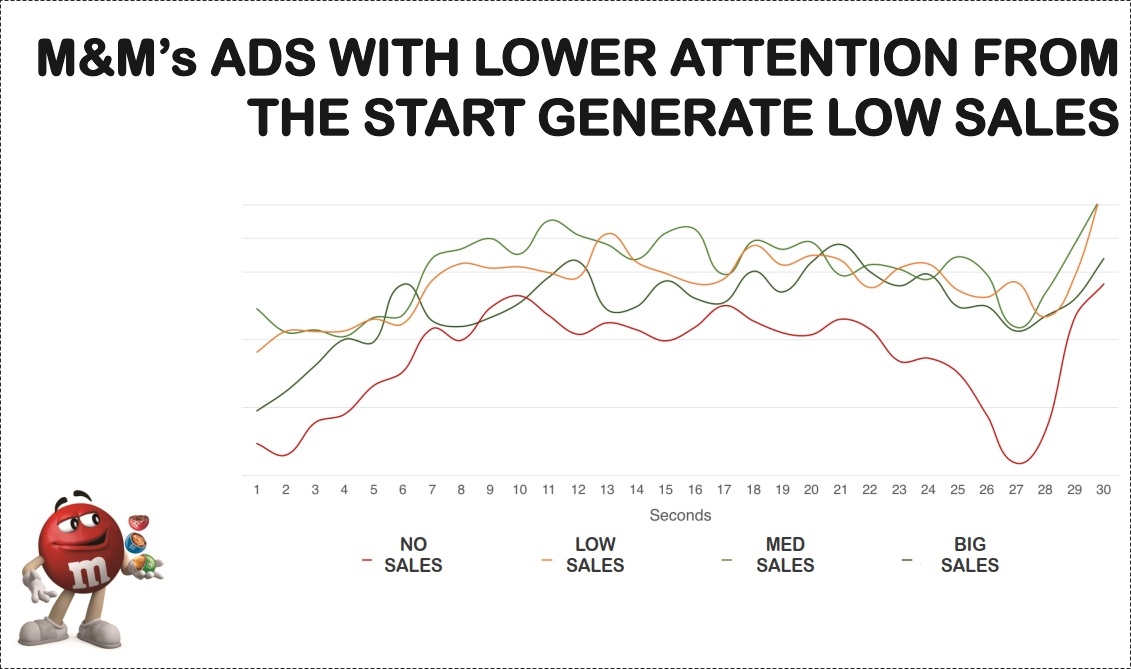 They reveal that if you don't capture at the beginning, it's hard to catch up later on in the process. Above all, however, a valuable finding is that the ad represented by the red line, which clearly captured attention the worst at the beginning, also had the least impact on sales. 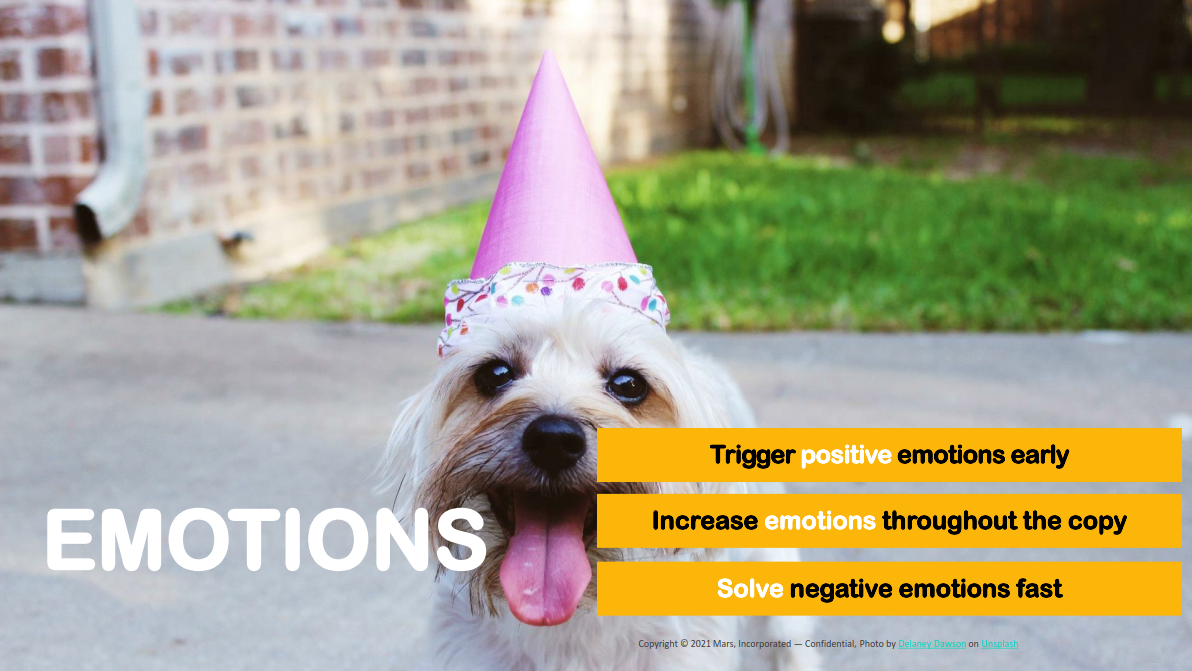 A well done "feel good" ad that lifts the spirits of everyone who saw it can be a blessing. But in an age of "purpose" ads, often featuring a brand mission or defining certain social phenomena, there are fewer of them. Sorin Patilinet doesn't think everything has to be sunny all the time.

"Sometimes we use negative emotions, but we want to deal with them very quickly. Because they stay in the memory longer and you don't want to associate them with the brand," he reveals, citing the M&M'S spot "Get in The Bowl" as an example.

"You want people to have the highest level of positive emotion where the brand shows up," Patilinet said, and you can see in the chart below that this happened with this spot. Right at the 8 second mark, the viewer sees the subjects throwing M&M'S chocolates in the man's face.  Plus, there's a good joke at the very end before the packshot. 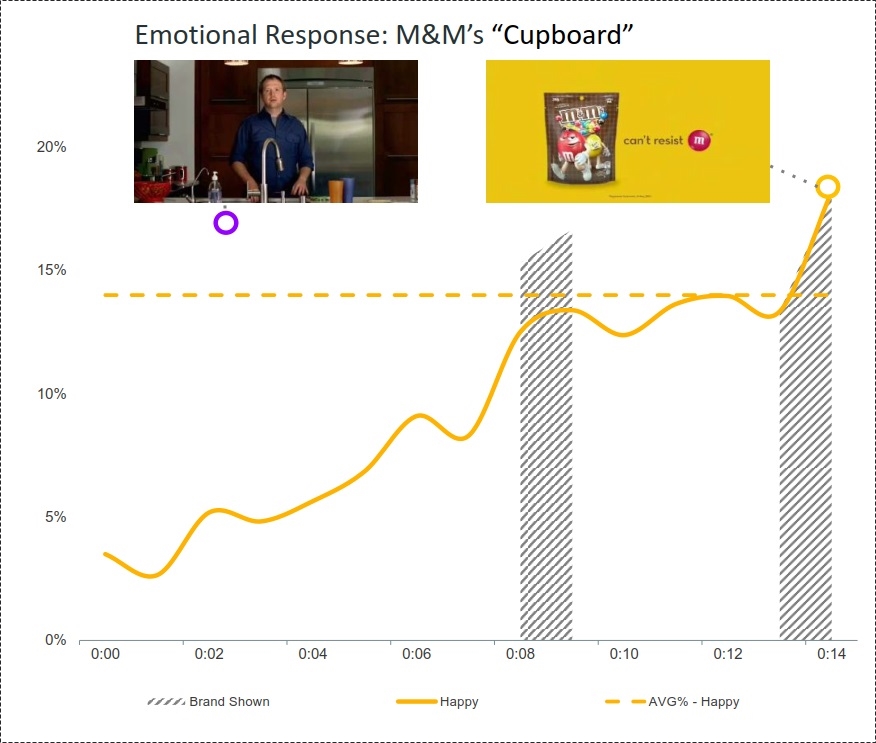 As an example of where negative emotions were not tamed, Patilinet cited the following spot. In it, a girl breaks up with her boyfriend, showing off their mutual estrangement with the help of Maltesers chocolates. It's funny, but you wouldn't find a positive emotion under the couch in the spot. You wouldn't want to be in the shoes of any of the characters. And, unsurprisingly, the ad is said not to have had a very positive effect on sales either.


You want to be memorable? Forget the complexities

At Mars Wrigley, they understandably put a lot of thought into the memorability of their ads, after all, "ad recall" is one of their core brand metrics. In this area, Patilinet has 3 main pieces of advice for ad creation:

It's all about guiding the viewer. To know at what point they will feel a particular emotion and to lead them to the goal. This isn't just to entertain or make them laugh, but more importantly to convey the intended message - all with a clear brand association.

It may be boring, but this is exactly why it is not only in FMCG ads that the product itself is often at the end of the spot, often as a so-called "packshot". Even such a simple thing can be done well or badly. Let's first look at the first example. The product is right in the middle, the viewer is not confused, and their emotional engagement on a scale of 0 to 10 is at values exceeding the number 9. 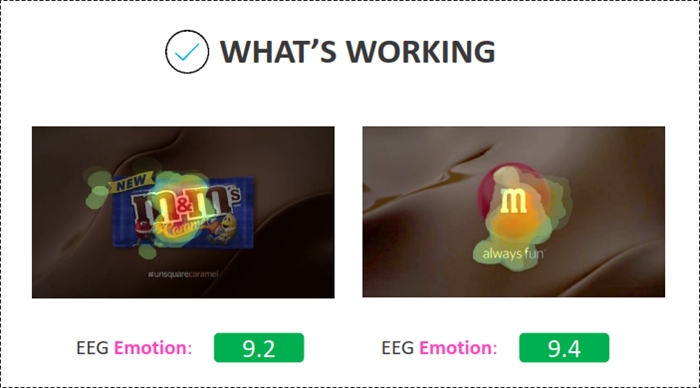 In the following example you see 2 types of product and a larger amount of text that the viewer has to process. This happens in a matter of seconds. When the brain can't keep up, it stops working on the task. And logically, it doesn't remember it properly either. 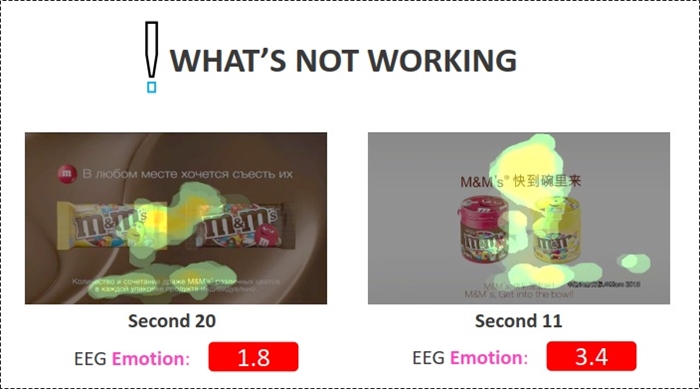 How you can improve your ads

So what can you start doing now? Sorin Patilinet advises you to ask yourself these 3 questions.

According to Sorin Patilinet, advertising is partly art. And art is great at stirring emotions. It's just that advertising is not something you put in a gallery and you just need to move the viewer in some way or engage them for a while. That's why it's also a science. And it's by mixing art and science that you get much more certain results in advertising.

TV NOVA HAS BEEN BROADCASTING FOR 29 YEARS. HOW WILL IT CELEBRATE?