Skip to content
HOME MAGAZINE NEWS RECOMMENDED
THIS YEAR MARKS 25 YEARS SINCE THE LAUNCH OF THE FIRST PROJECT OF ELECTRONIC tv AUDIENCE MEASUREMENT IN THE CZECH REPUBLIC. hOW HAS THE PRACTICE IN THIS AREA CHANGEd OVER MORE THAN TWO DECADES? AND HOW COULD THE NEAR FUTURE LOOK LIKE CONSIDERING IT WILL UNDOUTEDLY BE AFFECTED PRIMARILY BY THE PHENOMENON OF CROSS-PLATFORM MEASUREMENT?

TV audience measurement has a shorter tradition compared to the countries west of our border, which we can put down to the restricted market environment under the last political regime. However, we are catching up with western countries at a very respectable pace. On 2 June 2022, we celebrated the annual People Meter Day and 25 years since 1997 when the first electronic TV audience measurement was launched under the direction of the Association of Television Organisations (ATO). While tech enthusiasts have to go to the National Technical Museum to see the first people meters (they were exhibited in 2017 on the occasion of the 20th anniversary, otherwise, they are not a permanent part of the collection), a local branch of the international company Nielsen Admosphere (formerly MEDIARESEARCH) has long maintained its dominant position in the market. The company replaced the first measurement system operator, Taylor Nelson AGB Media Facts, in 2002.

A TOOL YOU CAN’T DO WITHOUT

How does audience measurement look like under the conditions of our country? First of all, it takes into consideration data collected daily from about 1,700 households. If we take into account that in the Czech Republic the TV meter panel includes about 1,900 households in total corresponding to 10,250,000 people of the TV population, we have a concise picture of how Czechs behave in respect of TV. The data accuracy is guaranteed to one second and all viewers over the age of four are included. As we are living in turbulent times of demographic changes it is logical that this panel has to evolve. Therefore, it actively reflects the latest data of the Czech Statistical Office. Moreover, the panel structure changes by itself - at least a quarter of households change annually. Despite that, measurement is done on a daily basis and is independent of the ways of TV signal distribution.

The 24/7 service is an indisputable advantage for TV broadcasters and advertisers. A TV day usually lasts from 6 am to the same time of the following day. Nielsen Admosphere processes data for the previous day with an admirable speed and makes them available usually at about 8 am. Those who need the all day data have them available two hours after the end of the previous measurement period. Thanks to the Real Time Index, viewer behaviour patterns can be watched in fact in real time when viewers are active. Real-time data are not the only advantage of Czech measurement; another one is the measurement of time-shifted viewing - the official currency of the project is data for 0-3 days of time-shift besides live viewing (in data sources indicated as “live + TS 0-3”). It better reflects current viewing habits where viewers are used to watching shows after they are broadcast. Most viewers catch up on viewing within several days.

It is an invaluable source of knowledge and possible broadcasting strategies.

Nielsen Admosphere offers its clients additional specific functionalities, one of them being Meteoindex, which is a result of the synthesis of data on weather and TV viewership. Moreover, Continuous Research is conducted every year with 12 thousand Czech households participating in four quarterly waves. This project aims at mapping and reflecting changes in the TV behaviour of the local population in terms of content consumption and technical equipment. The role TV is playing in our lives is focused by the sociological LifeStyle Survey and its equivalent for child audiences. We also have to mention the resulting socio-economic viewer classification ABCDE, reflecting the social, economic and educational capital of TV population. The data serve mainly to marketers, helping them define their desired target groups for their advertising campaigns.

With its rating model, Nielsen dominates TV viewership measurement globally. The company started publishing its ratings in 1950’s, using the so called audimeters. It is obvious that viewership measurement has been closely connected to TV broadcasting since its early stages. However, audimeters have been a thing of the past - data collected through them used to be recorded on 16 mm film tapes that were sent to the headquarters in Evanston, Illinois, on a weekly basis. Installation to a specific device required intervention of a TV technician and as such, data were collected from a very narrowly profiled sample of few American households. 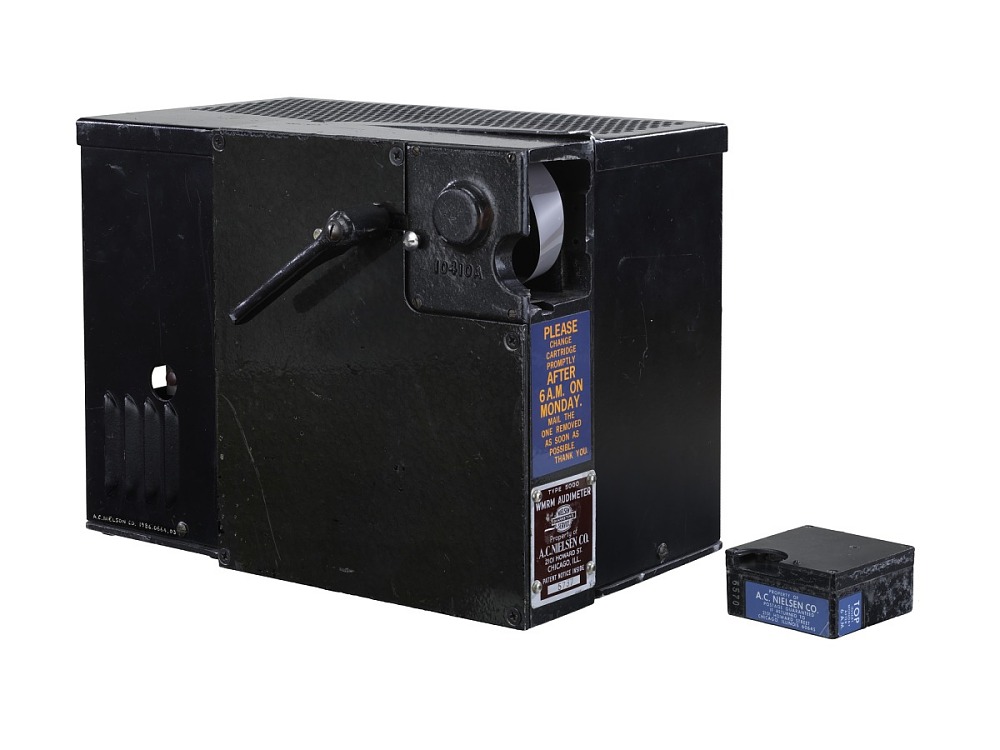 For this reason, audimeters were soon replaced with other methods of data analyses. Initially they included, for example, viewer diaries the content of which was reported by household members. The company paid them for keeping records in the diaries where viewers wrote down their habits and impressions made by individual TV formats. As it may seem like TV prehistory, the company kept a limited scope of viewer diaries until 2018 when the last of them was closed.

Another stage was the link between TV and telephone connection. As such, Nielsen was able to collect data practically at once, which was the key prerequisite for the establishment of overnight audience measurement. This paved the way for the first people meters that have been used, in a modified mobile form, to date. Of course, the technology key is no longer the direct connection with the phone line - it was replaced by the online connection working with individualised approaches, which enables dividing individual households to independent units and examining their specific viewer habits. 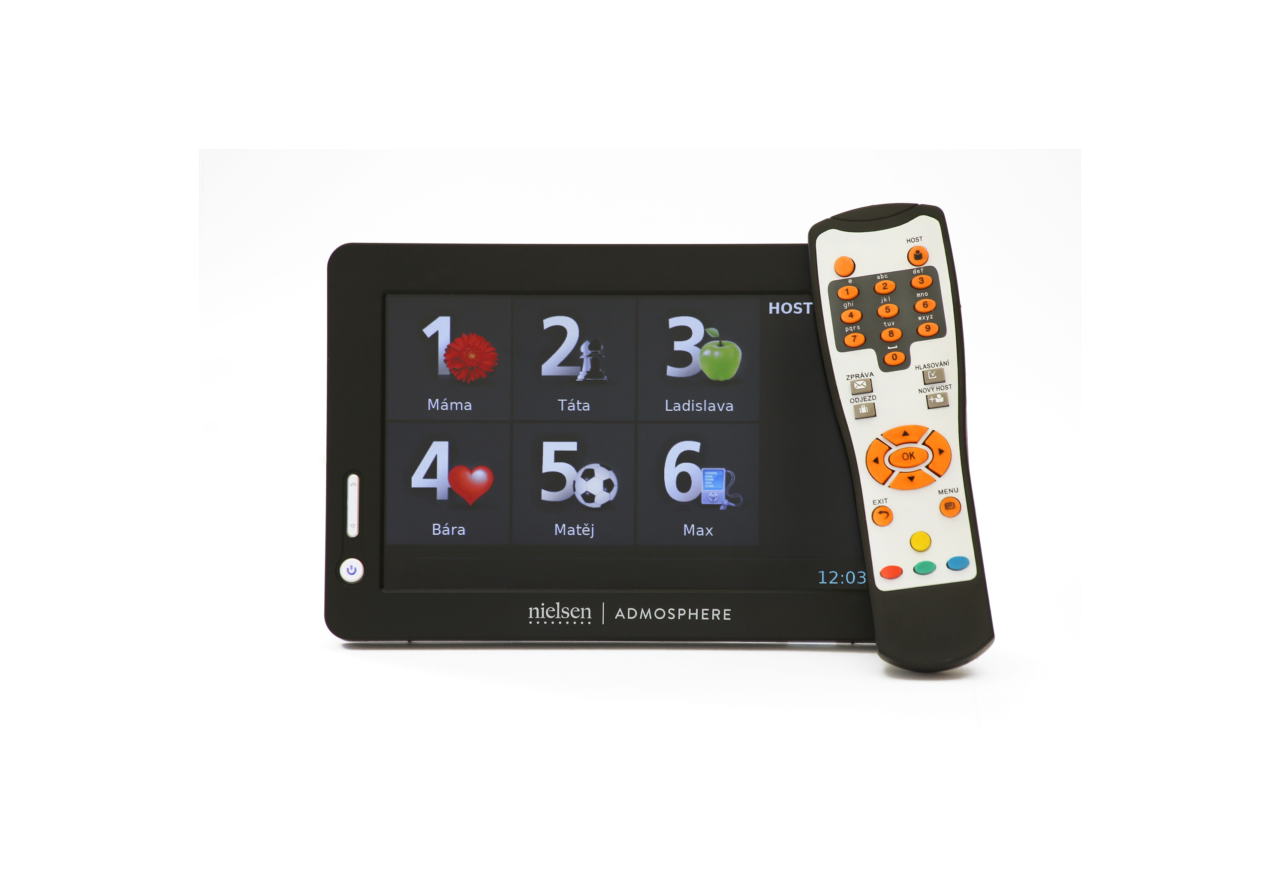 The scope of Nielsen measurement has expanded over time. In 2005, the company started monitoring the use of digital video recorders (DVR), which resulted in a number of recommendations to maximise the benefits of TV broadcasting and fully use its potential. At that time, the winner of the comparison was the time-shifted TV model and other revolutions were soon to follow. This happened in 2017 when Nielsen expanded its scope to include measuring the audience of video-on-demand platforms. The company and the public thus got access to data on commercial success and failures of giants such as Netflix, Hulu or YouTube, which were shrouded in mystery until then. The way was winding but logical - and opened the floodgate of cross-platform measurement in the end.

Cross-platform measurement is, to some extent, evolution and negation of original ratings. With the development of technologies and the number of devices on which we can watch programmes, standard TV audience measurement ceases to be sufficient these days as it is based on a larger or smaller degree of generalisation. The methods of TV content consumption have changed and viewer habits have evolved together with them. Nowadays it is no exception if a user is watching classic linear TV broadcasting, accessing additional content on their laptops, tablets or smart phones. A representative sample of what impression broadcasting and advertising campaigns make on target groups thus needs tools that are capable of reflecting the multiple platforms. This is the idea on which the cross-platform viewership measurement was established.

Cross-platform electronic measurement in the Czech Republic (as part of TV content measurement) has been conducted since 2018 (it is known under the acronym PCEM). The part of the project that focused specifically on digital viewership (called PEMD) - separate from the TV metering performed on a panel of households - captures TV content viewership on all digital platforms, i.e. PC, smart TV, HbbTV, smartphones and tables. The so called census measurement is used where measurement scripts are deployed to websites and broadcaster applications. Data from the digital part of the project can be combined with people meter data in a single software and clients thus receive a more comprehensive view of the current audience.

Cross-platform measurement is the cure for most of the problems marketers face living in the digital age. It is a way to find out the real impact of digital campaigns, in which companies invest billions of crowns annually. Viewer communities can no longer be considered specifically defined and conservative groups - the trend is rather the opposite. Viewer habits are changing turbulently and dynamically, which even the most astute advertising specialist may not notice without reliable data. It is no exaggeration to say that having access to reliable TV audience measurement has become an existential necessity in this specific market, something that international companies such as Nielsen and ComScore - global leaders in this unique segment - are well aware of.

Although the tools and services of both companies are somewhat different, the key user manual builds on the same base. Both agree in their philosophies that measurement methods become more sophisticated and time-consuming. Their major advantage is the fact that thanks to them, you can quite reliably identify the desired target group, which results in higher effectiveness of campaigns. The measurement as such is conducted on all possible platforms, taking into account situations where users use various mobile platforms on which their behaviour can follow different patterns. Thanks to this, marketers can obtain valuable data from platforms, including home cinema and video game consoles. This approach is thus based primarily on four values, namely the emphasis on measurement accuracy and precision, understanding the principle of deduplicated content, purchase and sale of TV time and content to target viewer groups, and reflecting scenarios of possible future development. The advertiser’s benefit is a truly detailed analysis of viewer behaviour that can help direct cash flows in the most productive and desirable direction.

Audience measurement in the Czech Republic would undoubtedly not reach the high quality if the leading Czech broadcasters were not interested in improving it. Not long ago, the launch of aggregate ad audience measurement, which takes into account both linear TV advertising and digital environments, was announced. The project was named AdCross and attracted attention of major market players. TV Prima and Česká televize have joined the project and the Association of Television Organisations (ATO), which is the exclusive Czech entity commissioning audience measurement, has given it its blessing.

In the Czech Republic, the space is opening up for video campaigns that will not only be highly effective but also precisely targeted and respectful of differences in the viewing habits of individuals and entire social groups.

The Czech Republic is not lagging behind in cross-media measurement and in this respect, we can anticipate an interesting future of media, which will be in the spirit of complex interdependence of individual media types.