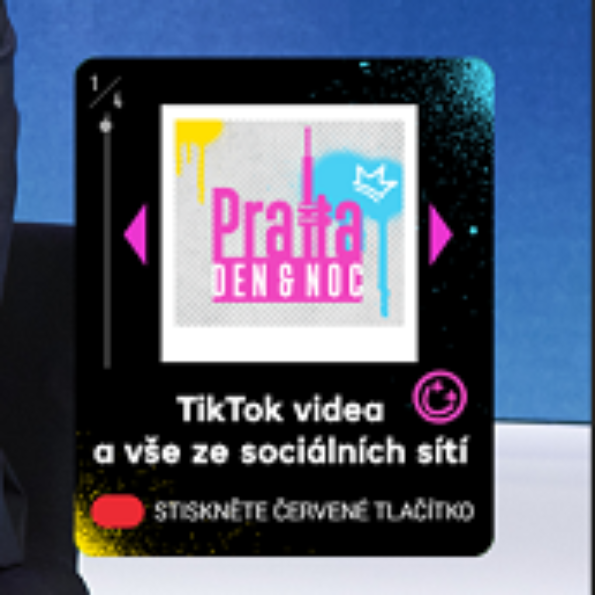 13. 7. 2022 Nova Group is expanding the capabilities of the red button and coming up with a new feature in the SocialTV app environment. The latter was introduced to users in May in connection with the integration with the social network Instagram. Now the app is being upgraded with another social network – TikTok. Viewers who have… END_OF_DOCUMENT_TOKEN_TO_BE_REPLACED Více informací 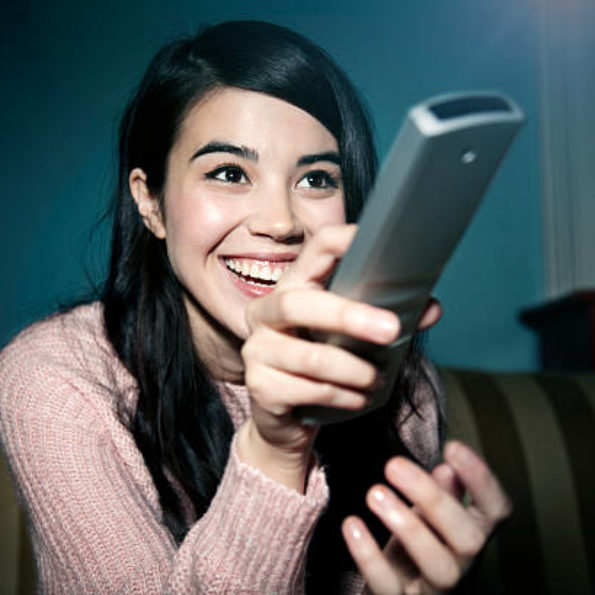 TOP SHOWS OF THE 1ST HALF OF THE YEAR: DEVADESÁTKY AND OTHER NEW SERIES

7. 7. 2022 TV stations’ original series, miniseries as well as TV movie premieres entertained viewers most in front of their screens in the first half of 2022. The most watched programmes in the first half of this year were mainly new series on Czech Television. The Devadesátky series had the highest viewership ever, with more than 2… END_OF_DOCUMENT_TOKEN_TO_BE_REPLACED Více informací 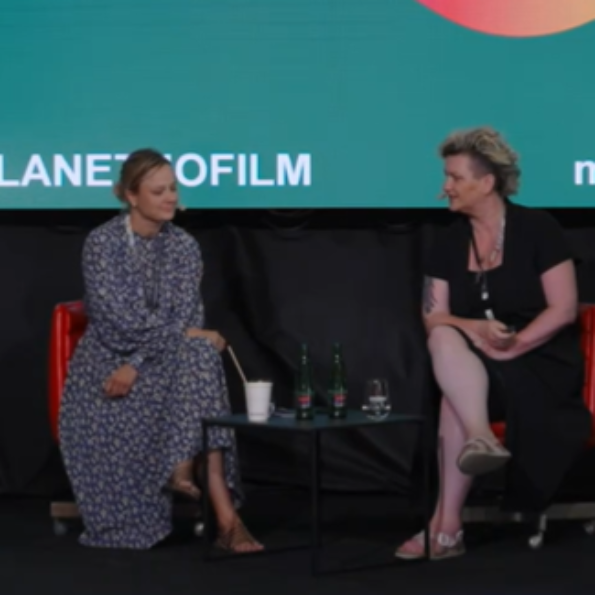 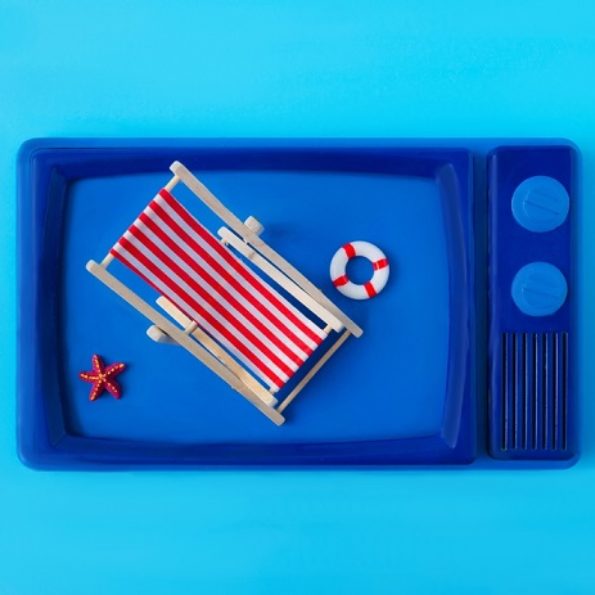 TELEVISION STATIONS ARE PUTTING AN END TO SPRING PROGRAMME, FROM MONDAY THEY ARE INTRODUCING THEIR SUMMER SCHEME

29. 6. 2022 Mainly reruns of their original series, supplemented by movies, comedies and foreign series, will be offered by the biggest domestic TV stations in the summer. Starting Monday, July 4, the largest domestic TV stations will switch completely to summer programme schedules. Some of the shows that were a fixture of the spring schedule were still catching… END_OF_DOCUMENT_TOKEN_TO_BE_REPLACED Více informací 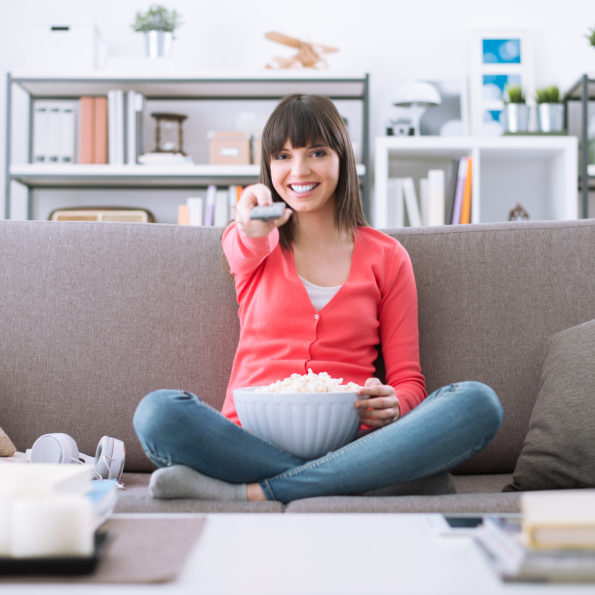 WHY DO CZECHS WATCH MORE TV? LAST YEAR IT WAS FOUR HOURS A DAY

15. 6. 2022 Even the massive rise of social media and streaming services has not deterred Czech viewers from watching classic linear TV channels. What's more, their viewership is continuously growing to last year's record of four hours a day. Více informací 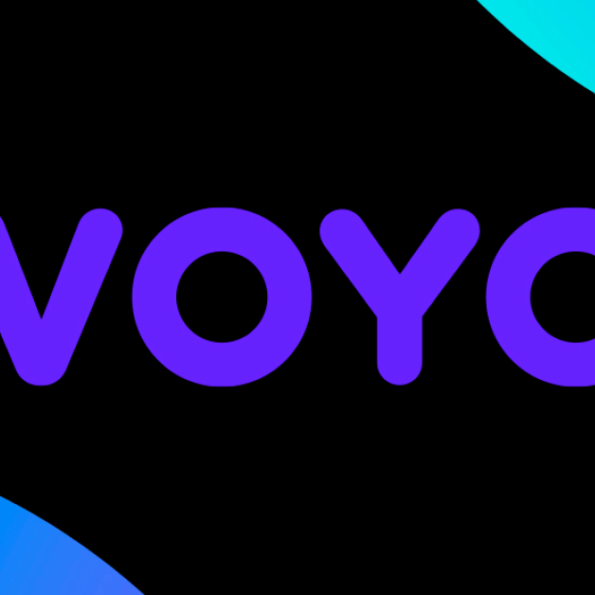 3. 6. 2022 Paid video service Voyo will not participate in a price war with foreign VOD services, neither does it plan to introduce ads. It was announced at the Digimedia conference. Voyo will not join the price war with foreign video services entering the Czech market this year. Daniel Grunt, Head of Digital of Nova and CME, said… END_OF_DOCUMENT_TOKEN_TO_BE_REPLACED Více informací 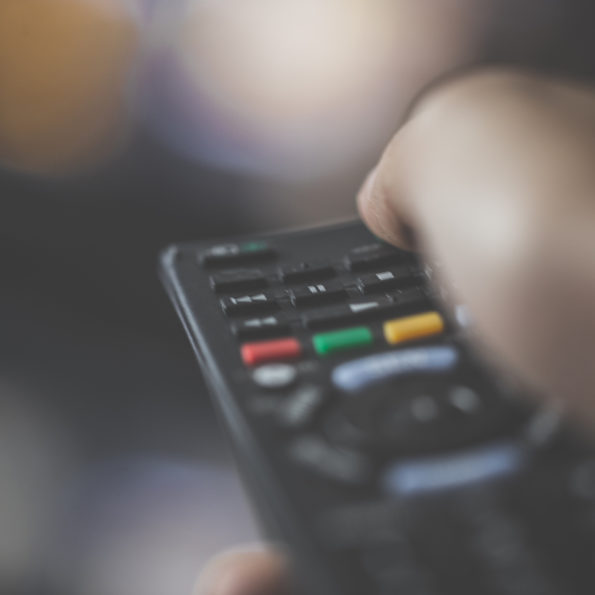 THE WORLD BEHIND THE RED BUTTON: WE CAN HARDLY IMAGINE TELEVISION WITHOUT HBBTV TODAY

1. 6. 2022 HbbTV has come a long way since its launch in 2011 and has rightfully become one of the most dynamically evolving global TV technologies of today. Více informací

12. 5. 2022 This spring marks the fifth anniversary of the Association of Commercial Television whose founding members are the Nova, Prima and Óčko TV groups. During its existence, AKTV has been actively involved in the TV industry and legislative processes and has become a respected stakeholder. To support its marketing activities, it has launched a B2B brand and… END_OF_DOCUMENT_TOKEN_TO_BE_REPLACED Více informací

9. 5. 2022 The TV format, which was directly co-created by the Lego brand, will be aired by Nova in primetime on Sundays in June. Starting Sunday, June 5, Nova TV will begin broadcasting a new competition show directly linked to the Lego brand. It is called Lego Masters and will occupy the airtime from 20:20 on Sunday… END_OF_DOCUMENT_TOKEN_TO_BE_REPLACED Více informací

GROWTH BROUGHT PRIMA TO THE TOP IN PRIME-TIME

5. 5. 2022 Czech TV’s stations remained the strongest domestic TV group in April in the over-15 general audience. Prima improved the most year-on-year, mainly thanks to its thematic channels. Czech TV’s stations again exceeded the 30% share threshold (30.39%) in the broader 15+ group in April this year, becoming the strongest TV group in this audience group.… END_OF_DOCUMENT_TOKEN_TO_BE_REPLACED Více informací 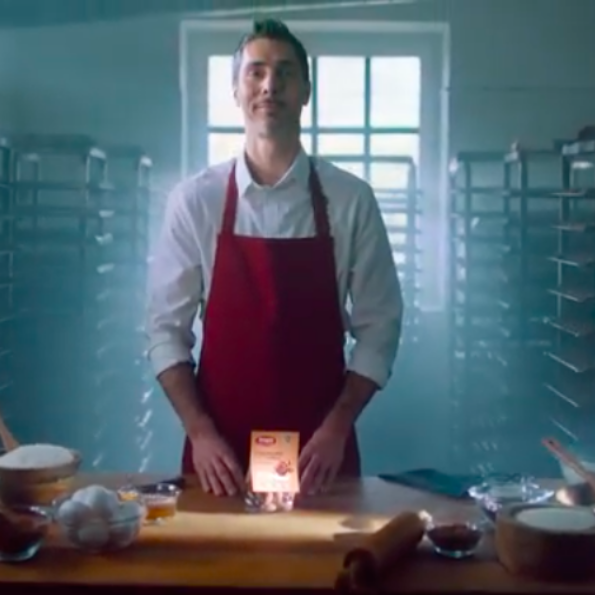 4. 5. 2022 Founder Jan Zeman became the face of the first television campaign of the Zemanek Brickworks. At the beginning of May, Biopekárna Zemanka entered television for the first time with the campaign “Biscuits one poem”. Jan Zeman, the owner of the company, became the face of the advertising spot in verse. With the new campaign, which… END_OF_DOCUMENT_TOKEN_TO_BE_REPLACED Více informací 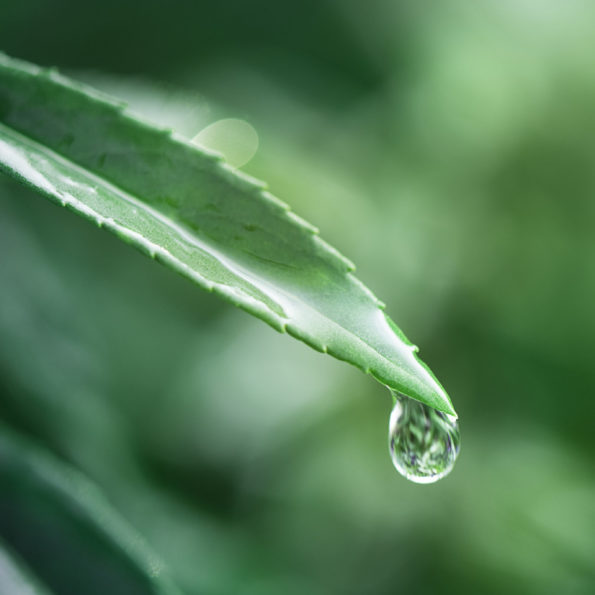 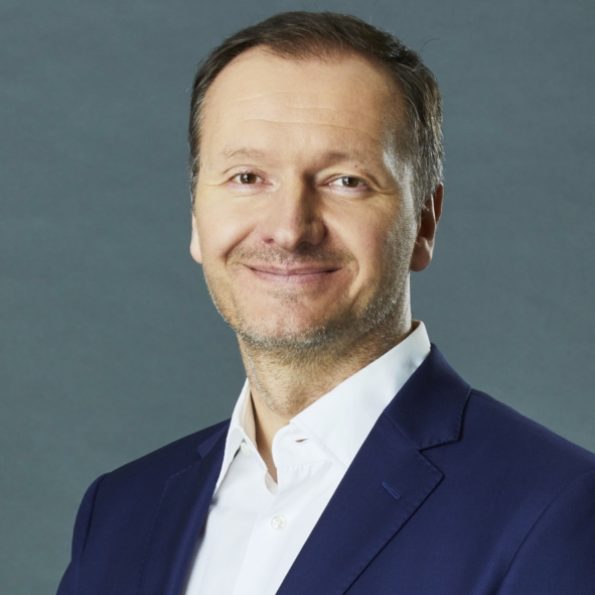 VOYO WANTS TO BE PART OF THE BIG THREE. WE ARE ALREADY NUMBER TWO IN THE MARKET, SAYS DANIEL GRUNT

27. 4. 2022 Nova TV has already succeeded in beating HBO Max in the number of subscribers to its video service Voyo. It is the second strongest streaming service in the Czech Republic and Slovakia. However, Disney+ entering the local market on 14 June may shuffle the ranking. According to Daniel Grunt, Chief Digital Officer in CME, which… END_OF_DOCUMENT_TOKEN_TO_BE_REPLACED Více informací 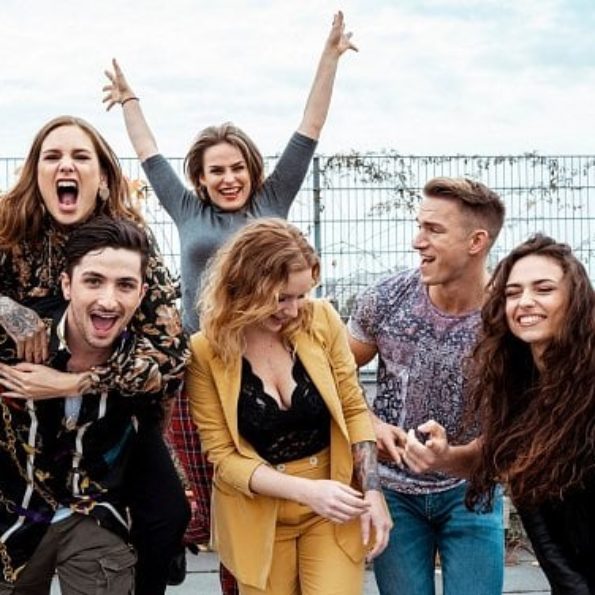 NOVA PREPARING A DAILY SOAP ABOUT YOUNG PEOPLE FOR VOYO

26. 4. 2022 Nova TV is filming a daily soap opera for its Voyo video portal about a group of young people living in a large apartment in Prague. It is based on the German format Berlin – Tag & Nacht that has been produced by RTL since 2011.  “The daily series will provide a realistic view of a group of young people living… END_OF_DOCUMENT_TOKEN_TO_BE_REPLACED Více informací 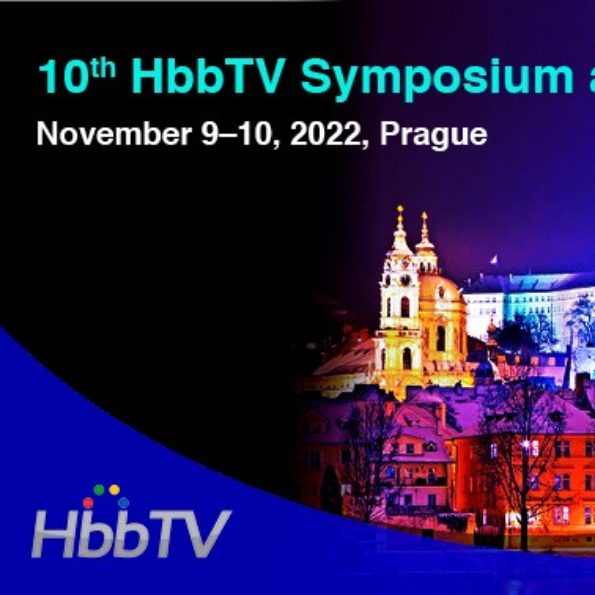 26. 4. 2022 The 10th HbbTV Symposium and Awards on November 9-10, 2022 in Prague, Czech Republic, will provide a unique platform to target top-level executives of the global connected TV industry with commercial and promotional activities. The HbbTV Association, which co-hosts the in-person event with the Czech Association of Commercial Television (AKTV), has compiled several attractive sponsorship… END_OF_DOCUMENT_TOKEN_TO_BE_REPLACED Více informací 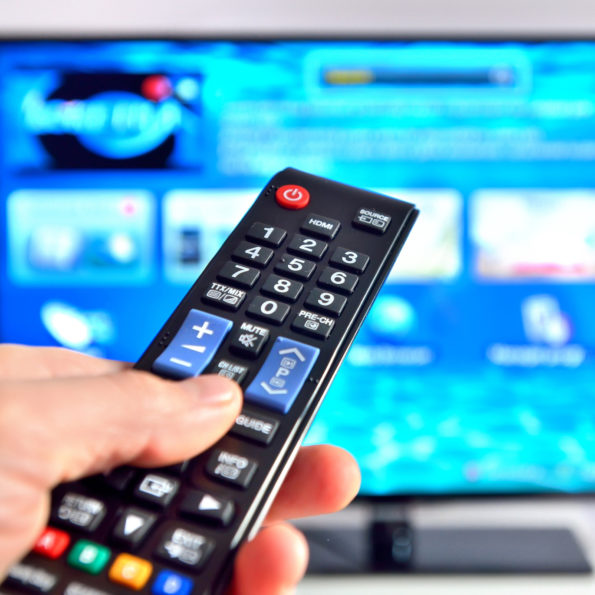